What is a solar panel inverter?

A solar inverter is a component of your solar panel system that converts direct current (DC) electricity generated by the panels into alternating current (AC.) UK homes use AC current, which is why a solar inverter is necessary for every solar PV system.

Because an inverter is so important, we recommend ensuring that your inverter is a high-quality product. This is so that you can get the most out of your solar system.

The type of inverter you have can also make a difference in whether or not you can add a solar battery to your system. 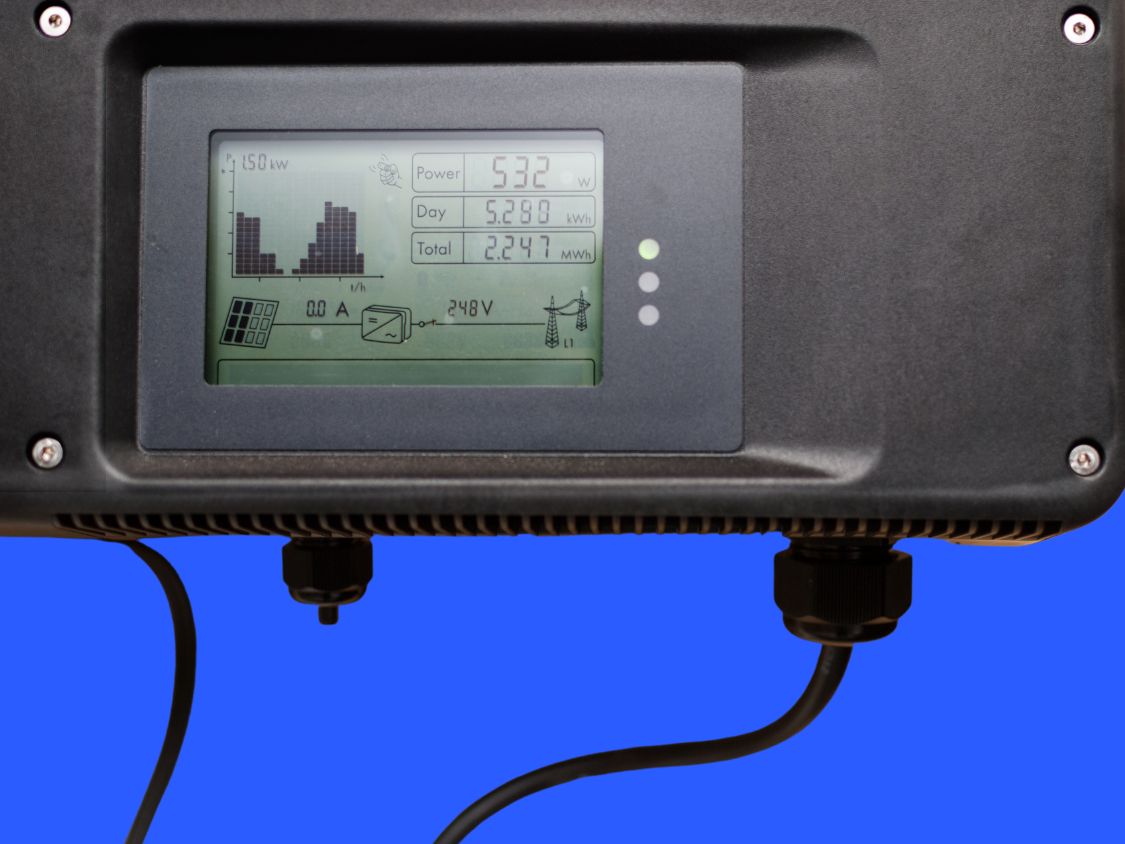 Solar only VS Hybrid/AC couple inverters

What is the difference between AC and DC inverters?

An inverter that works with a battery and a solar system is known as a hybrid inverter. Direct current energy is produced by your panels. It is also directed straight into your solar battery to be stored. For use in your home, energy is transformed into AC power.

Unused AC power can be sold back to the grid using the SEG (Smart Export Guarantee) scheme. Please note, that you can only access the SEG scheme if your system was installed by an MCS-certified team. Read more about the importance of an MCS-certified solar installer here.

What types of solar inverters are available?

Hybrid inverters are also known as battery-ready inverters because they allow the direct connection of a battery storage system. Hybrid inverters are usually more expensive than other inverters, due to their extra functions. Luckily, as solar technology continues to improve, the overall cost of both solar PV and inverters has made products less expensive and more efficient.

Micro Inverters are tiny solar inverters added directly to each solar panel, linking the system together. While a string inverter solar panel system is hindered by shading on a single panel, a micro inverter system will allow the panels to keep generating energy even when some panels are covered by shade. This is because, in a microinverter system, each individual solar panel has its own inverter, isolating any problems.

Micro inverters have become more popular in the solar industry in recent years, however, they are an added cost to add on to a solar system.

What are the best solar PV inverters?

The best solar inverters offer simple ways to convert solar power into free energy for use in your home.

The inverters we offer at Smart Energy all carry 5-year warranties at a standard, with the option to add an extra 5 or 10 years at an added cost.

We offer highly reliable brands such as;

A solar inverter is a piece of equipment that converts the energy created by your panels’ direct current (DC) electricity to alternating current (AC) electricity. You would be unable to power appliances in your home in the UK with DC power.

If you have a home solar system, your inverter will convert your solar energy into AC power. It is therefore a key part of your system.

You’ll also be able to track how much electricity your system generates by looking at the output on your inverter.

How do I get solar inverters in the UK?

A solar system will include solar panels and an inverter. Part of the installation includes connecting everything up to your home so you can benefit from solar energy.

To look into getting a solar system installed at your home, contact our team at Smart Energy. We’ll talk you through the solar system and solar inverter options that could help you save up to 80% on your electricity bill.

If you’re looking to replace or upgrade your solar inverter, let our team know you have an existing system so that they can work with your existing panels.