Solar panel statistics UK 2022: Everything you need to know

The number of solar panels installed in the UK has seen a large upward trend, as well as general interest.

There have been a record number of online searches in the clean energy area, with renewable energy entering the public eye in large part due to the cost of living and energy crisis in the UK.

We’ve compiled key information to know about solar energy statistics in the UK in 2022. 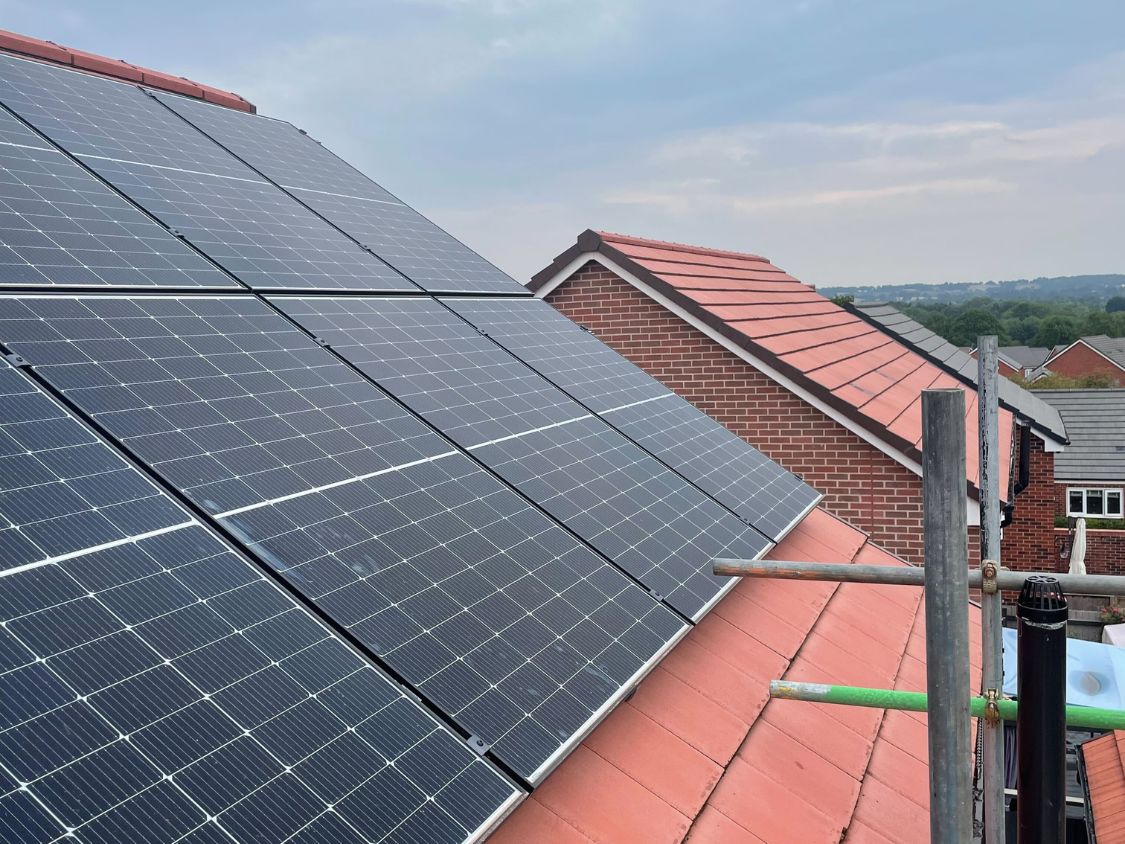 There was a record uptake of solar installation in June of 2022. 79% of new installations were 4kW or under, meaning that most new systems were residential solar systems. The total solar capacity increased in June by 43MW.

More than 5,000 PV schemes were installed every month on a 12-month rolling median basis since November 2021, the highest such number since July 2016, shortly after the closure of the RO. The median number of new installations between 2016 and 2021 was around 3,000 per month.

In the first six months of 2022, Britain saw an 80% increase in new solar PV installations over the same period a year ago, with 556MW installed. The 730MW of solar generating capacity added to the UK last year means that 2021 is likely to be the most significant year for the UK solar industry so far, according to solar trade body Solar Energy UK. The UK reached 14.6GW of solar power at the end of December, including over 5GW from its rooftop panels, according to Solar Energy UK.

What is the average output of solar panels in the UK?

Solar panels' power output depends on a few factors, including their size, power output, location, and weather. A 1-kW system of solar panels may produce about 850kWh of power annually. A 4kW system on a medium-sized home in Yorkshire could produce about 2850kWh of electricity a year (in perfect conditions).

In the UKs average climate, one kW of panels should generate 700-900 units (kWh) of electricity a year. The installed solar PV capacity in the UK was 12.8 gigawatt-hours in late 2017, accounting for 3.4% of the overall power output. In 2006, about 12 MWe of PV was installed in the UK, representing just 0.3% of total European solar PV capacity, which was 3,400 MWe.

Based on a report by Solar Energy UK, the United Kingdom's government succeeded in producing 730 MWe in 2021 from the newly installed solar power systems, 36% more than 538 MWe solar capacity in 2020.

In 2012, the British Government announced that 4 million homes in the United Kingdom would be powered by solar energy over eight years, representing a total of 22 gigawatts (GW) of installed solar power capacity by 2020. According to a new analysis conducted by Solar Media Ltd. and Solar Energy UK, there were 545 megawatts (MW) of new installed solar PV capacity by 2020.

Trade body Solar Energy UK highlighted 369MW of roof-top solar installed last year as the highest amount added since the record 869MW of new roof-top panels installed in 2015. Meanwhile, the overall solar capacity recorded was 13.63GW installed in November 2021, with 3218MW accounting for 23.6% of the total installed solar PV capacity coming from homes and other small-scale solar PV, while another 91.9% was generated from sub-4kW solar installations.

Overall, the country recorded 13.63 GWe solar capacity installed in 2021, with the capacity of 3,218 MW, which is equivalent to 23.6% of the total solar PV installed, being generated from the many solar PV installations below 10 kW. According to the ‘European Commissions’ report, there are 2499 MW of residential solar PV capacity in the UK, and there are 775,000 domestic prosumers in the country using residential solar PV, representing 2.7% of households, as of 2015.

In the United Kingdom, by late 2011, there were 230,000 projects with a total installed generation capacity of 750 megawatts. The contribution of Solar energy to the generation of electricity was small in the UK before 2010 but has grown significantly, and by June 2021, installed capacity had exceeded 13.5 gigawatts (GW), 72 Megawatts.

Solar installation trends over the years

Solar energy was a very small proportion of the UK's (UK) electricity generation up to the 2010s, when it increased rapidly, thanks to feed-in tariff (FIT) subsidies and falling costs for photovoltaic (PV) panels. Solar energy usage increased very rapidly in subsequent years, due to falling costs for PV panels, as well as the introduction of FIT subsidies in April 2010.

Solar panels can be used to produce power at any site with access to sunlight, making solar a highly flexible and affordable energy production technique. Energy, in the form of electricity, is generated by the Sun, capturing photons of the Suns light using solar photovoltaic (PV) panels.

Solar farms in the UK

Solar farms are designed to produce large amounts of solar energy, feeding straight into a nationwide power grid, in contrast to individual solar panels, which typically provide energy for individual homes or buildings. Community solar farms can provide power locally and provide a profit for consumers, without requiring an installation on an individuals roof.

The recently built solar farms are designed to supply 125.5 MWe of solar capacity, produce almost 127 GWe of power each year, and provide power for almost 36,000 homes. Shotwick Solar Park, in Flintshire, is a 250-acre site, totalling 72.2MW, which contributes over 202,000 tonnes of CO2 emissions every year, while providing power for more than 11,000 homes.

The Energy Saving Trust estimates that an average home in the UK fitted with solar photovoltaics can cut carbon emissions between 1.2 and 1.7 tonnes a year. Generating around 3000kWh of electricity from solar panels rather than a gas-fired plant would save around 1.2 tonnes of CO2. The solar market is planning for 40 GWe target installations to sustain long-term investment in the solar power industry.

What is the VAT rate on solar panels in the UK?

In order to address the rising prices of energy, the UK government reduced the VAT rate on solar panels to 0% in the first quarter of 2022.

This could also be seen as part of the reason solar panel installations have increased so much in 2022.

Global solar uptake has increased in 2022, resulting in over a million solar panels being added worldwide. From the UK to the United States, there have been increased solar power plants as well as home solar systems in order to address rising electricity bills.