In short, solar panels do not need direct sunlight to produce electricity, as technology advances mean they can absorb sunlight more easily and efficiently from even ambient sunlight. 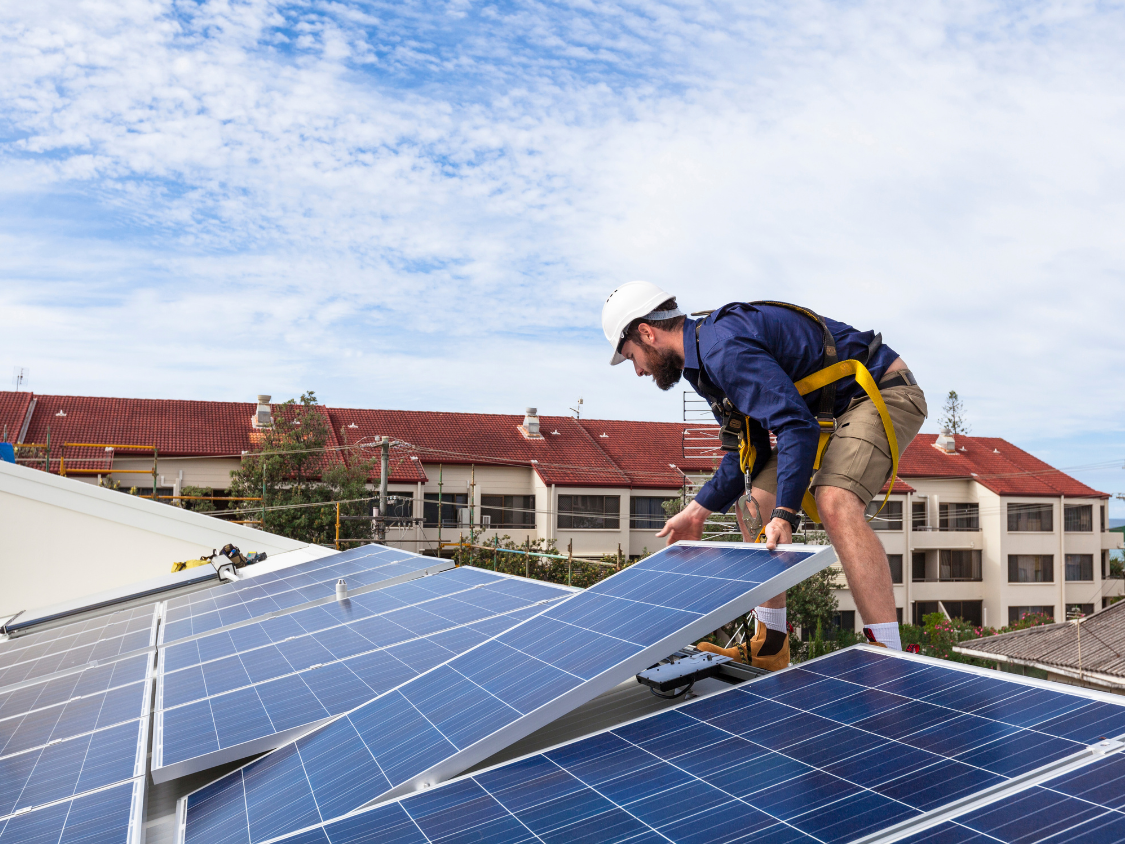 How do solar panels convert sunlight to electricity?

In collecting the light of the sun, the standard solar panel uses photovoltaic effects to directly convert the light to electricity. The photovoltaic cells within the panel absorb the sun's photons and use them to produce electrical current.

To put this into the simplest of terms, solar panels take the photons (light particles from the sun) radiated by sunlight and convert them to useable power to power homes and commercial facilities. Solar technologies convert sunlight to electric energy, either via Photovoltaic (PV) panels or via mirrors that focus on the sun's radiation.

How do solar inverters convert sunlight into energy?

Solar inverters convert the DC (direct current) electricity that your panels collect to AC (alternative current) electricity, which is what you need to power your home. Solar cells produce (convert) solar energy to electric power, but they cannot store that power for use at a later time.

Solar panels perform best when they are exposed to direct sunlight, but solar cells can produce electricity from sunlight even when a solar array is covered with shadows or snow. Different lighting conditions may affect the overall output of panels. Solar cells are still able to produce solar energy even if trees or buildings shade them, but it will impact the speed at which the solar panels can convert the light it receives into electric energy, meaning that it is not as effective as being exposed to direct sunlight.

Yes, solar panels can function in the shade, so long as solar cells can absorb the sun's radiation from sunlight that is not directed but is diffused or reflecting light. Direct sunlight has more photons than indirect sunlight, so a solar panel positioned facing straight toward the sun can get far more power than a solar panel tucked away, shaded, or otherwise obstructed.

How does the amount of light affect energy made by panels?

Photovoltaic (PV) solar panels can harness both direct and indirect sunlight for electric power. Solar batteries can come in handy when the weather is overcast: On cloudy days, you can tap into the power stored in them, so you can keep your house powered by free, renewable power even when the sun is not shining brightly enough to produce power.

Because of the harnessing, you can expect to see solar output and power drop off on cloudy days and during storms. You will still generate solar power when there is cloud cover and when there are rainstorms.

It will be lower than usual and depending on how severe the rain and cloud cover is, you might generate much less solar power. Direct sunlight indeed provides optimal conditions for solar systems, but you will still receive a substantial amount of benefit from solar energy, even if your property does not provide ideal conditions.

Now that you know solar panels can operate even when the sun is not shining directly, and that there are ways to store your power during times when your panels are not producing power, you might have a greater interest in installing a system of your own.

How does the direction of panels affect the amount of energy generated?